Attorney Speak: Per Stirpes and Per Capita

If you have a Will, chances are it has one of these two phrases in it... but do you know what they mean?

Per capita is Latin for “by head.”  It means that all the living members of an identified group will receive an equal share, but no shares are passed on to the descendants of any member of the group who dies.

Let's look at a couple of examples to better understand these definitions.

Assume you have three children:  John, Kevin, and Larry.  John has two kids, Ronald and Steven, but Kevin and Larry have no children.

Now assume that Kevin dies before you, but John, Larry, Ronald and Steven survive.  Under a per stirpes distribution, John and Larry would each get 1/2 of your estate.  Ronald and Steven would get nothing.  They don’t step into John’s shoes because he is still alive.  Kevin had no descendants, so there was no one to step into his shoes.  (Spouses don’t count.)

Now assume that your Will said that you were leaving your estate to “all my then living descendants, per capita.” Assume again that you are survived by John, Kevin, Larry, Ronald and Steven.  Under a per capitadistribution, each of them would be entitled to 1/5 of your estate, since they are all living descendants of yours and they all survived you.

A distribution to descendants per capita simply means you figure out who the living descendants are and give an equal share to each descendant, regardless of whether they are in the same generation.  Because per capita distribution clauses treat grandchildren equally to children, you see them less frequently than per stirpesclauses -- at least in our experience.

Now you know the definitions of per stirpes and per capita. If you need a Will, or wish to make changes to an existing Will, call our office at (814)724-4540. One of our attorneys would be happy to assist you with your estate planning needs.

No information contained in this post should be construed as legal advice, nor is it intended to be a substitute for legal counsel on any subject matter. No reader of this post should act or refrain from acting on the basis of any information included in, or accessible through, this post without seeking the appropriate legal or other professional advice on the particular facts and circumstances at issue from a lawyer licensed in the recipient’s state, country or other appropriate licensing jurisdiction. 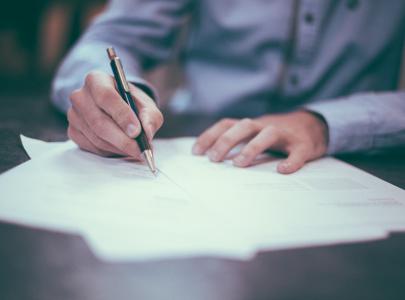